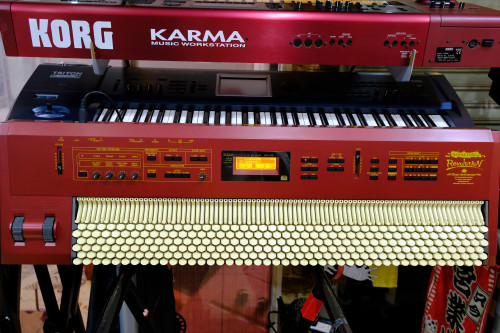 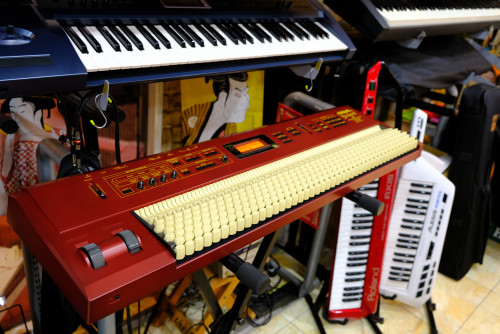 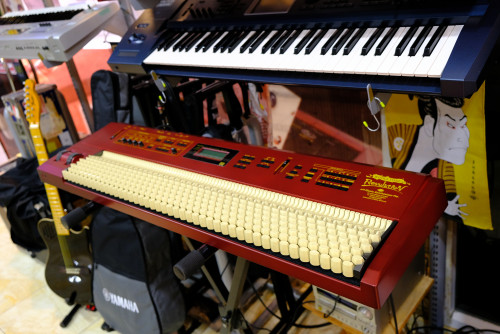 ฿25000.00
Wholetone Revolution 88 keys. At the upper part, the comb-shaped keys are arranged horizontally by halftone. The button keys are positioned as whole tone in the cross direction
ซื้อเลย
หยิบลงตะกร้า

It is not only Muto Notation Method (= Chromatic Notation) that was developed by Muto Music Method. Totally new style (halftone arrangement and whole-tone arrangement keys) of keyboard, featured in Rapian, Wholetone and Chromatone, is the attractive product that represents Muto Chromatic Keyboards. This keyboard has special structures that make music closer to us.

The mechanism of key arrangements of Chromatic Keyboard

In Muto Music Method, Keyboard and Muto Notation (=Chromatic Notation) match perfectly and link with each other. Therefore it is very easy to play.

At first, let’s take a look at keyboard. In Muto Music Method, you can accompany most of the songs just by memorizing 2 types of chords. Here we verify how Chromatic System (= Muto Music Method) is easy and epoch-making by using the example of 3 chords, ‘C’, ‘C# (or D♭)’

If you try to master

On the other hand, with Chromatone, you just slide your hands after you learn only one

To be able to transpose is the most important factor in order to play music freely. But as piano requires players to play at all the different positions, we had to learn how to play all 12 keys to master transposition. Isn’t it possible to create piano that enables us transpose freely and easily ? That was the motive to start developing Muto Chromatic Keyboard.

The reason why piano makes it difficult to transpose is existence of black keys. Therefore we invented newly arranged keyboard <

At a glance, Muto Chromatic Keyboard looks like Keyboard of personal computers and it may not look like musical instrument. This interface is developed based on human engineering and considered in the details to enable us to play without difficulties. For example, in the case of playing piano, we have to stretch our fingers or move hands to cover 1 octave. Depending on the tunes, the fingers cannot reach the notes. Physical ability influences on the performance a lot. At Muto Chromatic Keyboard, we improved the shape of keys for us to be able to play with minimum strength. This enables us to play unrestrictedly without difficulty, free from the problems of heavy keys or narrow key intervals that we experience with piano.

Then after all the improvements, finally we released <

Difficult to transpose with piano.

‘Oh, I wish if there were no black keys…’

Anyone who wants to live with music must have touched piano at least once. In the classical music society, piano was worshipped as the greatest among all the different instruments. This was not because of its function, but because of its long history of 600 years. But almost nobody knows the fact that various improvements have been tried in the long history. Why were there people who tried to improve piano ? Because piano is incomplete instrument with a lot of problems.

The biggest problem with piano is that ‘it differentiates black and white’. Piano is the instrument created based on the tuning system called 12 equal temperament. It divides 1 octave into 12 equal parts, and make the distance (interval) between the notes next to each other as halftone equally. (see below diagram)

In other words, there are 12 steps of stairways that go up by halftone in 1 octave.

This 12 equal temperament enabled us to play in the 12 different ways of the same song or modulate in the tunes. It was the epoch-making method for the musicians and composers to broaden the possibility of music. (see below diagram).

Piano is not suitable to transposition and modulation which gives music freedom.

It is easy to play DO,RE,MI,FA,SO,LA,SI with white keys on piano in C major. (see below diagram)

But it suddenly gets complicated when we try to play in the different keys.

When the key changes, the black keys (keyboard) are mixed up irregularly. This confuses us as we cannot know the distance between the notes. We need to play in differently according to the keys. We have to learn 12 ways of playing to master piano. This is why we suddenly feel piano is difficult when black keys are involved in playing. A lot of people must have wished if black keys had not existed. (see below diagram)

After all, piano is a fixed DO musical instrument so that we can play C major easily and it is not a versatile instrument to be able to play all 12 keys freely. A lot of musicians had been required to train themselves very hard for long time to overcome this ‘difficulty to transpose.’ And then people started looking at pianists enviously that ‘they are so great as they could master piano after great amount of training !’ And it caused misunderstandings like ‘music is difficult’ accordingly.

When you look at keyboard of Piano, you may feel that black keys do not have their own comfortable places. Originally, any keys have superiority or inferiority with each other among 12 notes and they are all independent notes. But as there are white keys and black keys, it is hard to grasp the distance between the notes at a glance, and you get confused all the time (see the diagram below).

As you experience this repeatedly, it creates the consciousness such as ‘the tunes using black keys are difficult to play’ and ‘piano is difficult’ in your mind. 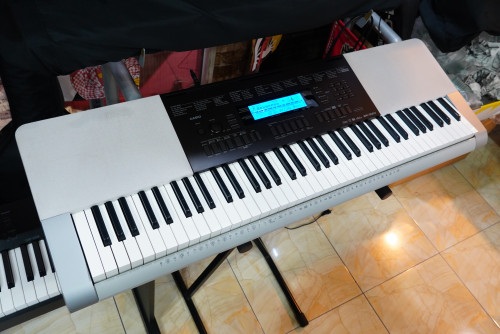 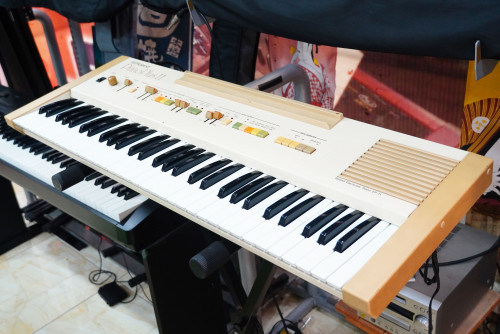